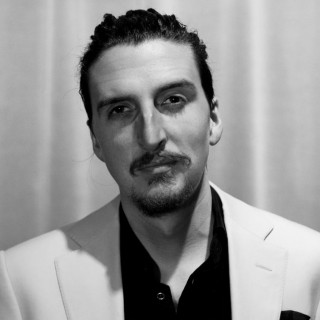 When poet and musician Martijn Teerlinck read his work, it was as if he was uttering a prayer aloud, even if it wasn’t clear whether he was addressing a god or not, columnist Erik Jan Harmens writes. Martijn Teerlinck is to be buried today.

The greatest disadvantage to nice people is that they die. One moment you’re having a laugh, the next you’re asked to sit down because they have something to tell you. In the following months you soak each other’s shoulders in tears, raise a glass because some therapy or other has unexpectedly caught on and then you soak each other’s shoulders in tears again, because that damned nasty awful disease has reared its ugly head again.

After that, you hold speeches at a lectern in a crematorium with all the atmosphere of an abattoir, and after a while you’ve heard the phrase ‘my condolences’ so often that it begins to sound like ‘congratulations’. There’s a mass of people standing around smoking in front of the chapel, no matter what the statistics say.

When good writers die young, it isn’t only sad because you would have liked to enjoy their presence for longer, but also because so much more great yarns could have been told in case they had lived longer. My friend Adriaan Jaeggi – writer, trombonist, heart-throb, professional amateur cook, Volkskrant Magazine columnist and dedicated crosser-outer of lines in shoddy poems and stories by yours truly – had, wryly put, been lucky. He passed away in 2008 at the ripe old age of 45, of cancer-related complications. A ridiculous age of course, but at least the world had had the opportunity to take notice of his talents, especially through his most successful novel, published in 1999, ‘Held van beroep’ (Professional Hero).

Today, a Wednesday, we bury someone who had barely begun to make a name for himself. His name is Martijn Teerlinck and I am writing that in the present tense for a moment longer. Teerlinck was a poet, performer and musician. In the literary underground of the Netherlands he was known as a gifted performer. I got to know him at Amsterdam bar Festina Lente, where he had been a candidate a number of times and I a member of the jury at the monthly Poetry Battle (Poëzieslag), a competition in who-is-the-best-at-reading-out-poems, a.k.a. a ‘poetry slam’.

When Teerlinck read his work, it was as if he was uttering a prayer aloud, even if it wasn’t clear whether he was addressing a god or not. His greatest successes were winning the National Dutch Championship Poetry Slam ex aequo with fellow poet Daan Doesborgh and winning the NME Radar Award for an R&B album that he cut under the pseudonym The Child Of Lov. A quick google will give you an interview with Martijn on that prestigious prize, even though he can hardly manage to speak out – not caused by jovial enthusiasm, but by his poor condition.

Last Tuesday, Martijn Teerlinck succumbed to complications after surgery on his aorta. He had a heritable disorder of connective tissue and was predestined to not reach maturity. Preceding a poetry reading in the jam-packed bar he once asked me for a chair, because his legs would no longer support him. I later heard he had had to spend a few days in bed after his reading to recuperate.

His life was dedicated to a continuous understanding of transience. This is also evoked when re-reading the manuscript of recent poems that was sent to me last weekend. ‘Your lungs are branches,’ Martijn writes. ‘Your lungs are princes your lungs are/Your explosives so you cherish them’. The link he makes in that line between a bomber that carefully hauls along its lethal package and the poet who feels his body can crack at every movement, made a huge impression on me, as did the line of pure despair on a body fraying at the edges: ‘Everywhere are edges that your eyes cannot connect’. And this line then brings it home: ‘There is no sunlight anymore/in this basement/all there is/is a bed of sand and an alarm clock of heat’.

The greatest disadvantage of dead people is they no longer get up. Today we bury Martijn Teerlinck. There is a completed second album by The Child Of Lov ready and waiting, which will undoubtedly find its way to a larger audience. And there will definitely be a nice volume of poems, so that you too can get to know his enchanting, magical poetry, poems about fear and resignation in the light of the approaching end.

just let me lie there with my warm eyes open

I don’t need much to take a rest

the lightness of my mattress even without pillows

the night once began in my flesh 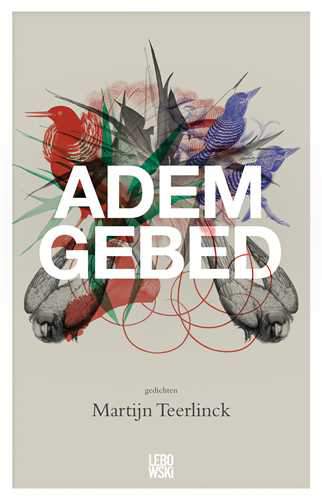